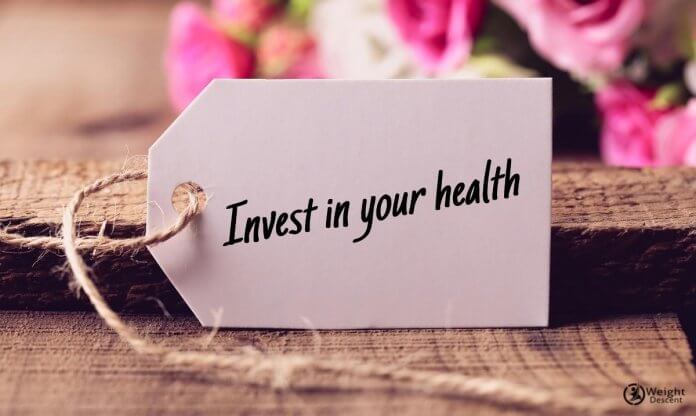 You might think that watching what you eat and getting enough exercise is all it takes to lose weight, but more and more research has shown that your mental health can play just as much of a role in your overall health as physical activity. In fact, it’s not uncommon to find some type of mental illness among those who are considered obese, which shows how your mental health can have an impact on your physical health if left untreated. From depression to anxiety, here’s how mental health can influence weight loss.

Mental illness can alter hormonal balances, which may make it more difficult to lose weight. Women with conditions such as polycystic ovary syndrome (PCOS) often have higher levels of the male hormone testosterone and irregular menstrual cycles. These conditions lead to insulin resistance, which means that it is harder to metabolize sugar into energy, leading to higher blood sugar levels, or high blood glucose levels (BGL). High BGL causes the body to store excess calories as fat instead of using them for energy. High blood pressure, heart disease, and stroke are also linked to PCOS because they increase a woman’s risk of developing metabolic syndrome – a cluster of symptoms that includes high blood pressure and elevated cholesterol levels. In addition, anxiety disorders contribute to stress hormones being produced in the hypothalamus region of the brain. Too much cortisol – our stress hormone – from chronic stress leads to increased appetite and food cravings.

Altering hormone levels may influence the energy levels of people who suffer from mental illnesses, causing them to experience fatigue. Stress experienced by people living with depression often causes sleep difficulties due to persistent feelings of sadness and hopelessness, while those suffering from posttraumatic stress disorder (PTSD) usually exhibit disrupted sleep patterns. It has been found that these disruptions cause the release of ghrelin-the hunger hormone-in people who live with PTSD and depression. Ghrelin tells the stomach to produce chemicals called endocannabinoids, which activate appetite-stimulating neurons in the central nervous system. These endocannabinoids then tell the brain that we need more food to keep going, even if we’ve eaten enough calories for one day. Unfortunately, overeating and weight gain are natural consequences of these neurotransmitter processes gone awry in people with PTSD and depression.

Mental illness has been associated with various eating disorders including bulimia nervosa and binge eating disorder. Bulimia nervosa is characterized by consuming large amounts of food, followed by making oneself vomit or taking laxatives. Over time this behavior can damage the digestive system, but sufferers report feeling satisfied after binging on large quantities of food. It’s common for those with bulimia to engage in regular periods of fasting after binging on food to help manage feelings about their excessive weight gain.

How can you take advantage of mental health in weight loss management?

Self-body image is a person’s perception of how their physical appearance compares to societal norms, and it can be heavily influenced by social media and the mass media. So how does someone with poor mental health fare in comparison? Those with high levels of anxiety, stress, or depression are more likely to have a negative body image as well as have lower levels of self-esteem and less satisfaction with life. These individuals may see themselves as unattractive due to being overweight or suffering from obesity-related conditions such as heart disease or diabetes. Conversely, those who are mentally healthy are more likely to view themselves positively because they have higher levels of confidence, life satisfaction, and happiness. They are also less inclined to feel depressed or anxious about their appearance, making them better equipped to deal with other weight-related problems. Furthermore, research has found that people with positive self-body images take greater responsibility for their own health behaviors than those who don’t care much about how they look.

A good mood makes losing weight easier. Moods often influence our food choices and lifestyle habits like smoking, alcohol consumption, and level of activity. A study has that when women are put on a restrictive diet with no explanation (such as trying to lose weight), their moods worsen over time because there was an unexpected decrease in calories. Research shows that these women end up having decreased energy, and increased guilt and sadness while feeling uncomfortable around others. But if they are given information about why they need to change their diet and what changes to expect, the adverse effects lessen significantly.

Some people can cope with being overweight by increasing their physical activity or starting a new diet, but others may need more. Often people with poor mental health don’t feel they are enough, while also lacking in self-confidence and motivation. Having these feelings can lead to excessive food consumption as a way to comfort themselves and feel better about themselves. Another issue stemming from poor mental health is failing to maintain regular exercise or workout routines because of negative feelings associated with failure. People who experience depressive symptoms and lack of energy report not exercising regularly due to thoughts like I’ve already failed, or I’ll just wait until I feel better. On the contrary, people with good mental health have self-motivation and willpower that helps them manage their diet and work out properly.

How do I cultivate the power of positive thinking when losing weight?

There are various ways you can cultivate the power of positive thinking when trying to lose weight. These include;

You must learn how to trust your abilities and know that it takes time and effort to see results. You also have an inner voice that will tell you whether or not you are on the right path. Sometimes, this voice may seem negative because it wants what is best for you, so make sure that it’s a helpful voice and not just negative all the time. Listen to its messages carefully as it could lead you down the wrong path if ignored.

One of the biggest keys to cultivating positive thinking while trying to lose weight is visualizing what you desire. For example, if you want to get back in shape, visualize yourself going out and exercising. If you want to make new friends, visualize yourself having a great conversation with someone at a party. Whatever your desired outcome may be, picture how it would feel and look to better help your mind believe that it can happen.

There are a lot of people who fail in their quest to lose weight because they think only about what they must do right now. You can be happy when you’re losing weight if you believe that it will get you closer to your long-term goals. For example, if you want to lose 10 pounds so that you can fit into smaller size pants, try and visualize yourself wearing those pants in 6 months, 1 year, or even 5 years from now. Think about how amazing it will be to say I did it! instead of I tried. A big part of why some people don’t succeed is that they think too much about everything they need to do today instead of making themselves a priority.

This step may require a little bit of work on your part. It requires that you start to become aware of what negative thought patterns you have about yourself and then start working to change them. For example, if you always think that it’s easy for others to lose weight but not for you, then challenge that belief by proving to yourself how hard it has been in previous attempts at losing weight. If another person lost 50 pounds recently, try and find out how long they spent trying or even where they started.

Dieting may affect your mental health in several ways. For example, research has shown that dieting can lead to food and eating disorder symptoms, body dissatisfaction, and negative moods. These symptoms can then lead to more disordered eating behaviors such as fasting, binging, or purging. Dieting can also increase the risk of developing an eating disorder or other psychological problems such as depression or anxiety. People with a history of trauma are at particular risk because dieting often triggers memories from the past. The good news is there are ways to achieve healthy weight loss without resorting to diets, including calorie counting or restrictive dieting. Instead of focusing on restricting certain foods or depriving yourself of what you enjoy, try adopting healthier habits over time. These can be things like;

In a nutshell, maintaining a healthy diet and fitness routine will help you reach your goal. Mental health also plays an important role in achieving your goal. You should find an outlet to get rid of your negative emotions such as exercise or talk therapy.

No votes so far! Be the first to rate this post.

We are sorry that this post was not useful for you!

How To Make Homemade Massage Oil For Weight Loss

The Truth: Can Dancing Help You Lose Weight?

Most Effective Ways on How to Get Abs for Summer

How To Make Homemade Massage Oil For Weight Loss

ABOUT US
Our objective is to provide you with trusted weight loss information that will lead you to a healthier life.
Contact us: [email protected]
FOLLOW US
© Copyright 2021 - WeightDescent.com
Go to mobile version